Producing electricity harvesting heat with a device without moving parts could soon be a reality, thanks to several studies on development in laboratories all around the world on optical Rectennas. The Rectennas are a disruptive technology consisting in micro-antennas able to capture the electromagnetic waves at optical frequencies of infrared, produced by any object emitting heat, directly transforming thermal energy into electricity for efficient heat recovery. 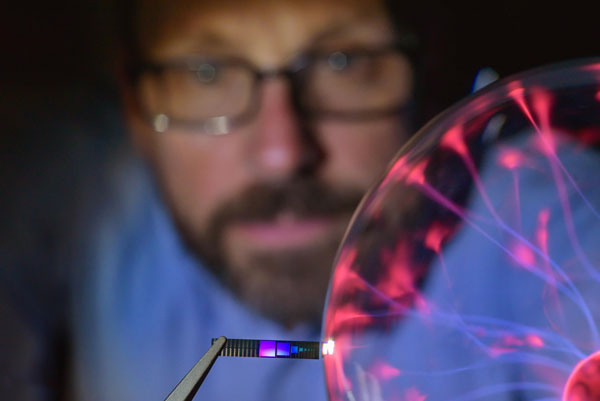 A prototype of Rectenna has been recently announced by the physicist Paul Davids of Sandia National Laboratories in a publication featured on the Physical Review Applied. The micro-antenna developed, the size of a small finger nail, is made of aluminium in the upper side and by silicon doped with other several elements in the lower side, reflecting the infrared radiation. The addition on the lower face of a layer of 20 molecules of silicon dioxide works as a rectifier diode, capturing the alternating flow of electrons to create a current flow. The rectenna has been optimized and constructed employing materials of high availability and common use as much as possible, with methods allowing a production by actual semiconductors industries. 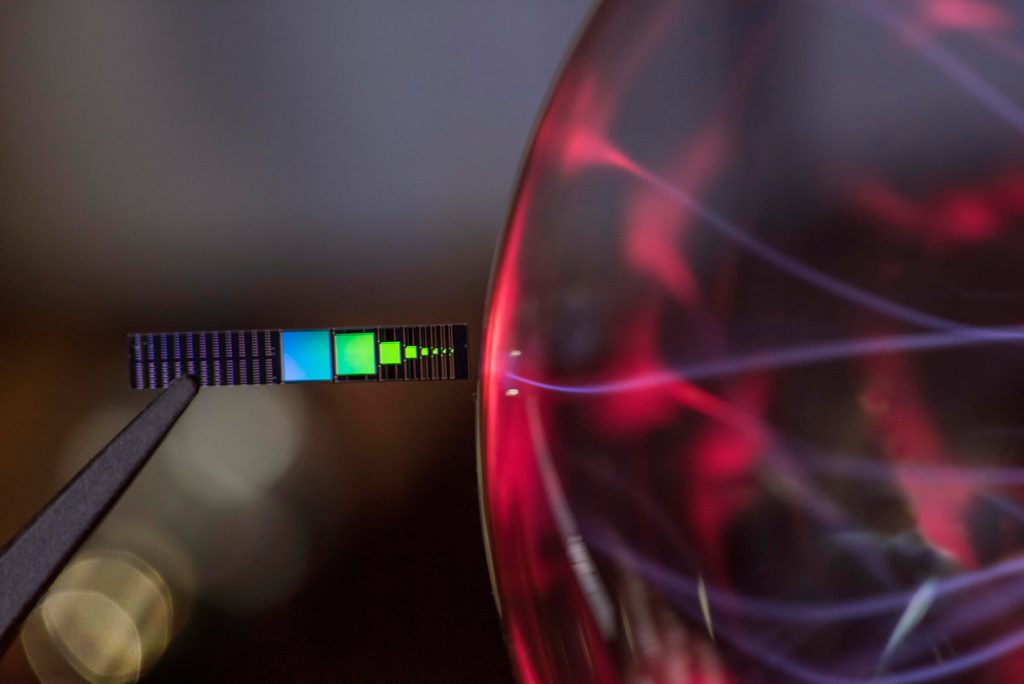 Optical rectennas thus represent a highly interesting alternative to thermoelectric generators, electrons generators from heat employed to power spacecrafts, requiring high temperature gaps in order to function, with high construction costs and offering low efficiency. Rectennas production could be cost-effective and practical, also at an industrial level and in bigger scale compared to the Davids’ prototype. This kind of device is also very reliable, and unlike electromagnetic generators doesn’t need to be in contact with the thermal energy source, thus less exposed to thermal stresses.

By capturing the infrared radiation, coming in continuous from the Sun and also dissipated by the Earth itself at night, the rectennas could operate as a sort of innovative photovoltaic technology producing electricity 24/7. At the moment Davids is looking forward to applications on harvesting heat from thermal plants, or to power devices such as spacecrafts that employ radioisotopes. Many years of further development are necessary in order to apply rectennas on harvesting sunlight and infrared radiation during the night time.

Interesting advancements are anyway coming in several other laboratories around the world, such as the prototype of an optical rectenna aimed for sunlight harvesting developed by the Connecticut University, of the rectenna developed by Baratunde Cola in 2015 at the Georgia Tech Institute. The Cola’s rectenna is a carbon nanotubes antenna coupled with a diode composed by a layer of calcium, recently further enhanced settling a bilayer material composed of alumina and hafnium dioxide, increasing by 1.000 times the capacity, switching the current production from microvolts to millivolts range. According to Cola, optical rectennas could then be used to operate low-power sensors and powering IoT devices.

The hot season and summer have just started, so it’s natural to think about a refreshing beer, and in particular…