Coming from Sweden is a new thermal fluid for solar energy storage, called Norbornadiene. The innovation arrives from a study of the Chalmers University of Technology in Göteborg, Sweden, dedicated to a new solar thermal fuel mostly composed by carbon, hydrogen and nitrogen molecules.

The Norbornadiene solar thermal fuel is indeed able to capture solar radiation, and to storage solar energy at low cost for years, without discharging in opposition to what happens with traditional batteries. The stored energy can be released on demand in form of heat, by activating the fluid through a catalyst. 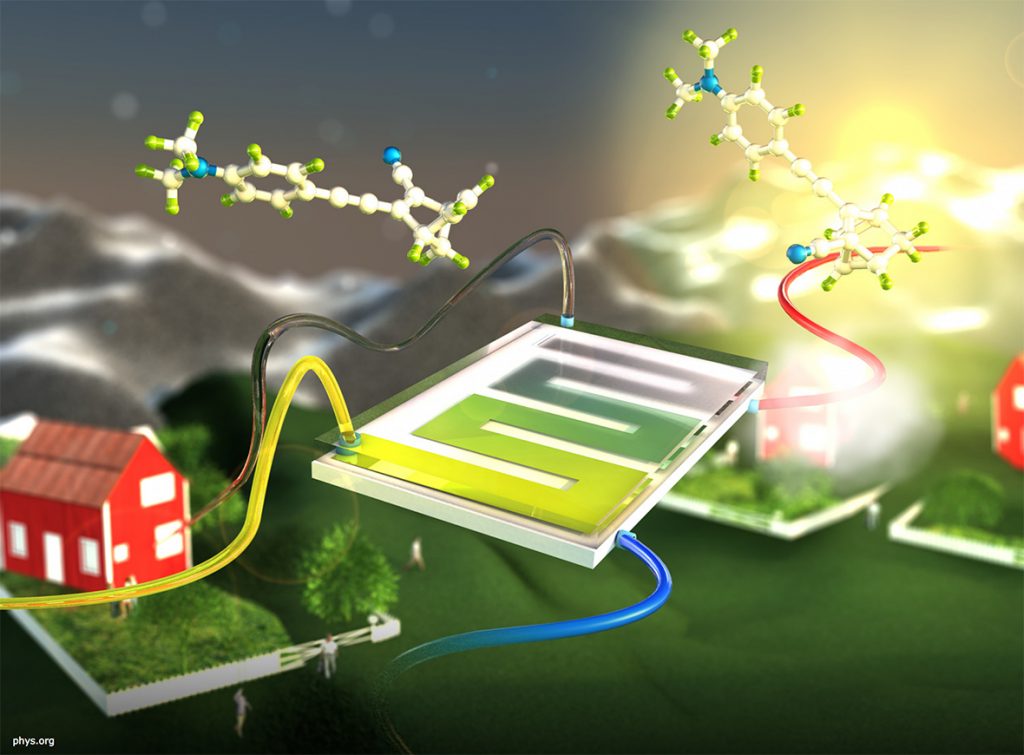 When hit by the sunlight, the molecules of Norbornadiene get excited so that some of the bonds between atoms are rearranged to a higher energy level structure (quadricyclane). The energized version of the molecule is stable, with strong chemical bonds, enabling the molecule to sit for nearly two decades without losing the stored energy.

Passing through a catalyst, the chemical bonds are rearranged releasing quite a lot of heat. By inserting a heat exchanger between the thermal fuel and water in the circuit, is it possible to transfer the thermal energy to heat the water at a temperature of approx. 65° C, to be employed for domestic heating or to obtain sanitary hot water. 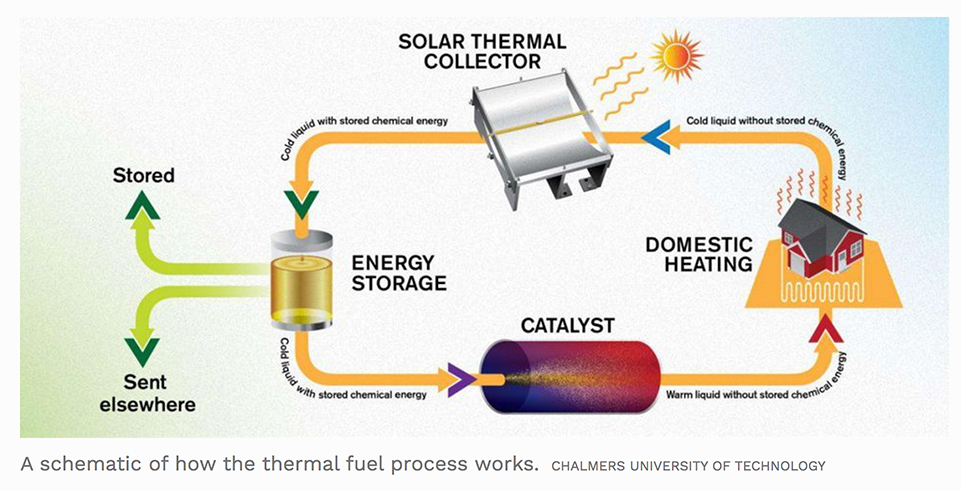 The researchers are actually further developing and optimizing the process, aiming to lower the costs of both materials and the process to take the norbornadiene-based solar thermal storage technology to the market within the next 8-10 years.

Hydrogen and fuel cells foster a great opportunity for the deployment of sustainable and clean mobility of future, alternative to…

Heat exchangers and corrosion of materials in anodic oxidation

Previous videos focused on anodic oxidation applications triggered some questions, mostly referred to the selection of corrosion resistant materials in…