At the last Malaysian GP 2017, the Ferrari Team raised interest and curiosity with its SF70H, showcasing a new dynamic air intake, with ellipsoidal section obtained by combining the regular intake with two ‘ears’, increasing the intake area of the air scoop. The new design of the airbox increases the incoming air flow, in order to achieve maximum benefit from the high speed reached by F1 vehicles during races. 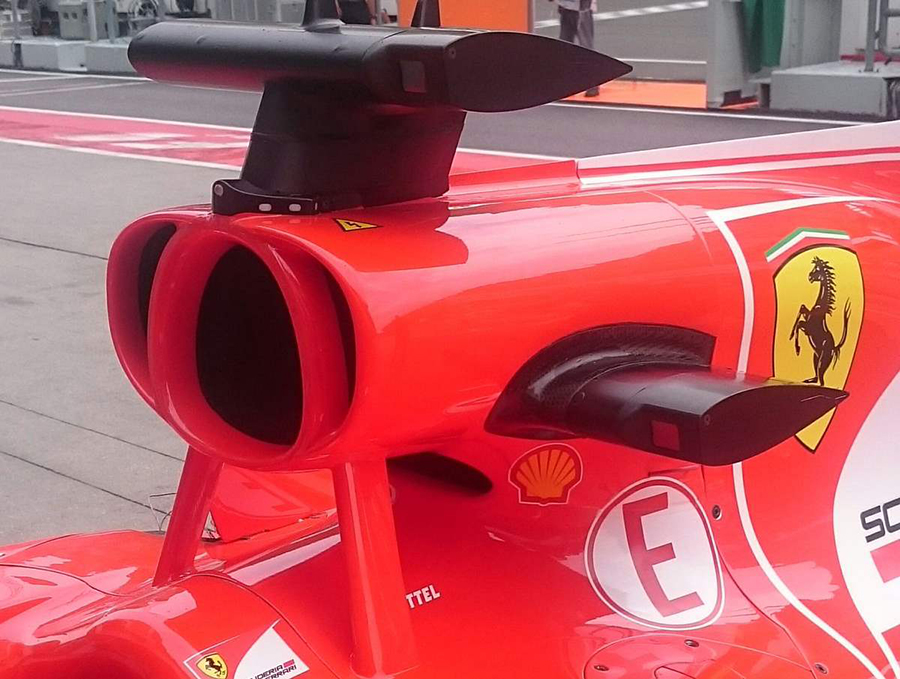 The automotive industry and the F1 Teams largely employ heat exchangers and radiators to cool down the temperature of the cooling fluid of the hybrid systems.  The two added side areas involve a new design and concept of the overall intake system, supplying with fresh air the ERS (Energy recovery system) radiator and a new water-air heat exchanger that the Ferrari employes to cool the refrigerant inside the vehicle’s hybrid systems.

With latest generation power units, the dynamic air intake is indeed no longer just dedicated to the engine, bringing air to the cylinders, but it’s also used to blow up several radiators and heat exchangers, implementing more effective circuits for the cooling water of the electric motor generators MGU-K and MGU-H, reaching even to cool the batteries. A water-air cooling solution that is also employed by the Mercedes Team since 2014 in order to cool hybrid systems and the transmission. 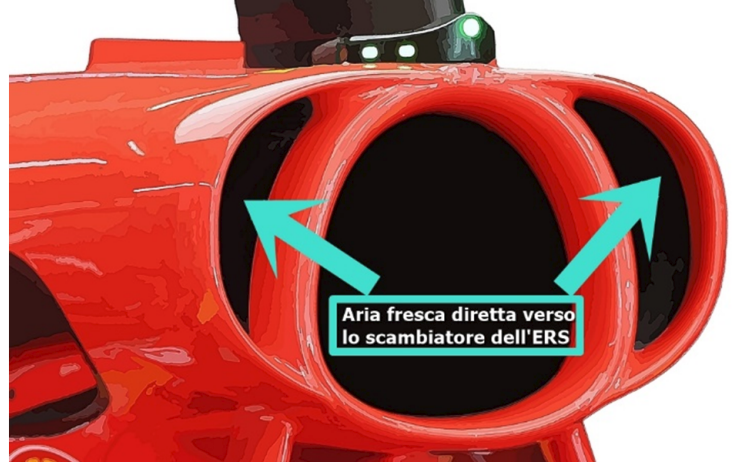 The new Ferrari SF70H also showcased a new position of the water-air heat exchanger on board, more lightweight compared to the previous water-water heat exchanger typology employed and moved to the rear of the vehicle, and a little more at the bottom, in order to optimize aerodynamics and the centering of the masses of the vehicle.

How does it work a centrifugal pump?

Back on track with our Tempco tutorial video series in this new year, let’s talk about fluid motion, being it…

Measuring energy efficiency of data centers with the PUE

While the quantity of data collected by sensors and IoT devices increases, as well as the computing power required by…