We have now installed several tens of  biogas dehumidification systems, and we are proud of them, in fact they are all functioning and have received positive feedback.

From the beginning when dealing with the design for this application, we did it with our staff linked to the world of the process:

Lately we are seeing some applications that leave us perplexed, I speak mainly of the final part of the system, i.e. the one linked to the condensate.

Our system is very simple and consists of: 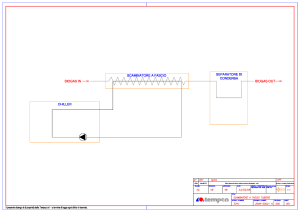 Usually the focus is placed on the first two elements of the system, as they are most critical from the point of view of the effective yield at the level of dehumidification of the biogas.

Our technical department has focused its attention on the final part, studying and creating a quite simple condensate trap which at the same time is very effective.

In practice it contains several functions: 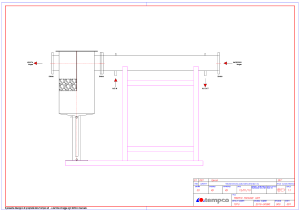 all these functions have been studied individually to allow for the correct operation of the engine, which is powered by biogas, in order to ensure maximum effectiveness of the system, blocking all the particles of condensation that, were they to pass through, could cause serious damage to the cogenerator.

Some plants have a simplified design, where downstream of the heat exchanger, the biogas goes directly to the plant and the condensate is collected in a tank before being discharged. In practice there is only one condensate trap barrel, and the condensates are not separated, with the risk that a few drops can be stripped from the biogas current and pass through to the engine, leading to extensive damage and malfunction.

Clearly, such a system has much lower costs, but over the long run, how do these savings translate in terms of reliability?

Infographic from heat to value, energy recovery in industrial processes

The new Tempco infographic, which has been published at the end of 2021 and with which we are glad to…

Merry thermoregulating units from Tempco! This year we wanted to wish you a Very Merry Holiday Season with something special,…